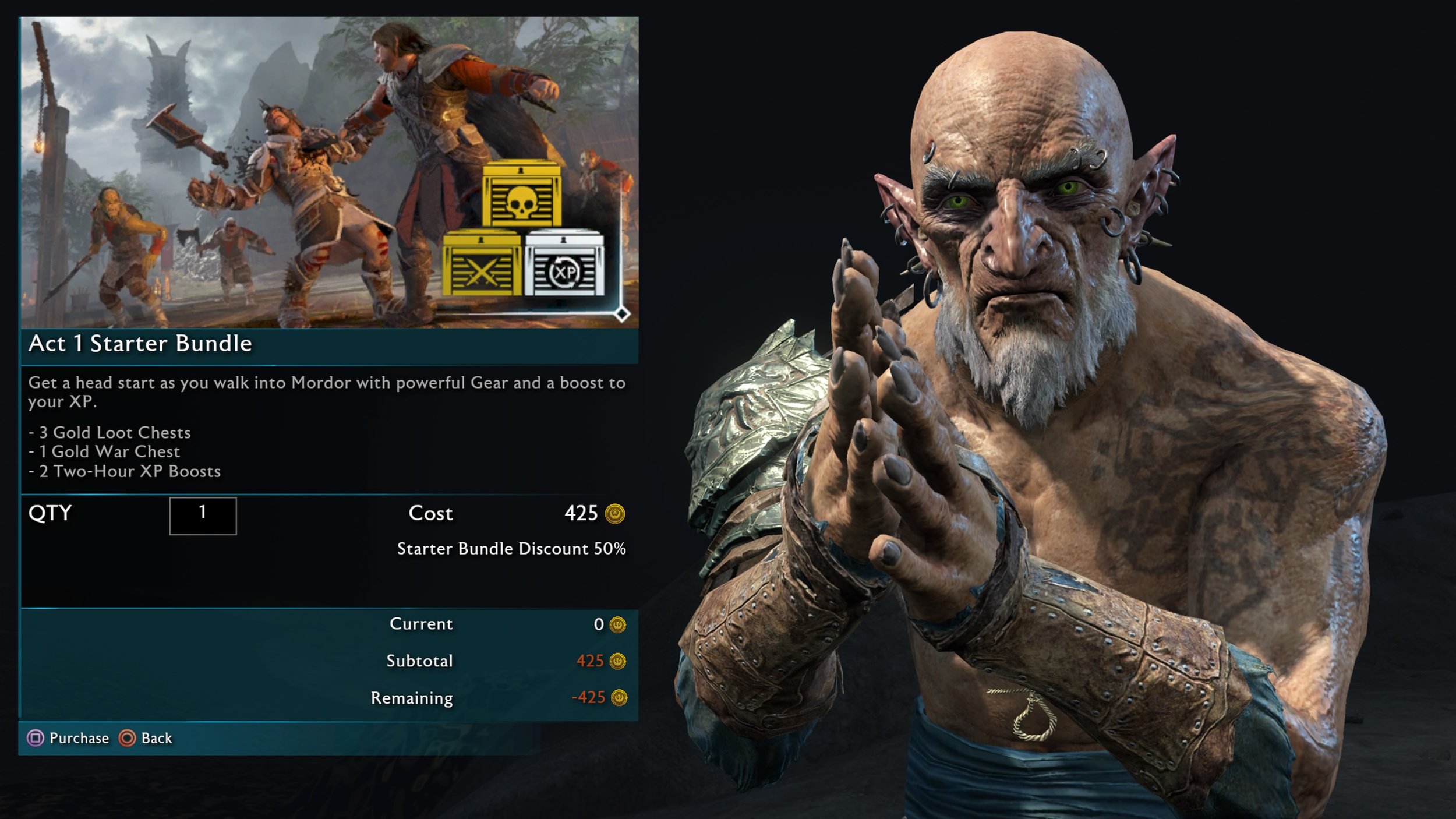 Everyone’s talking about loot crates and gambling mechanics sneaking into games. Even $60 full-price games. It’s a bit too obvious to make that the topic of this month’s blog, so let me just say this: Loot boxes are terrible in all their forms. Even cosmetic. Even free. Even in Free To Play.

That’s my personal opinion on the flashy flashy “dangling your keys over the dog’s head” (as I think of it) ‘mechanic’. At their best, loot crates break immersion and treat the player like they’re an idiot. At their worst, they teach children how to gamble and can lead families into some serious debt very quickly.

So, as someone trying to be an ethical human being, as a player, and as a game designer, I think loot crates should just die. They should have no place in games.

But that’s not what I want to talk about. 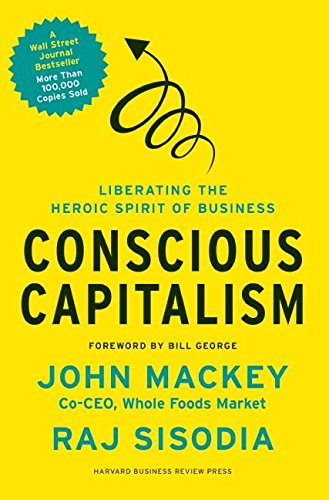 I’ve just finished reading a fantastic book that resonated with me on so many levels.

It’s called “Conscious Capitalism: Liberating the Heroic Spirit of Business” and it’s written by John Mackey (the CEO of Wholefoods) and Raj Sisodia.

It speaks to how taking a more holistic view of your business’ activities, and its long term sustainability can demonstrably be a better way of doing business.

The book is filled with case studies on how profit-driven CEOs ran once-successful companies into the ground by striving solely to create shareholder value, and not caring about the other stakeholders (meaning anyone who has any interest in the business, including customers, employees, the government, and even the environment) of the business.

Reading it, I couldn’t help but draw parallels with how EA, Activision, and Warner Bros. have been milking their once loyal and enthusiastic customers to the point of maximum frustration and past ethical boundaries. They’re burning bridges with former fans in the hopes of maximising returns this fiscal year, and to the smug satisfaction of many, we’ve just seen EA’s share price take a $3 billion (yes, with a ‘b’) drop in value as a direct result.

I have a Commerce degree. I’ve studied economics. I understand capitalism (you know, basically), and I believe in the free market and (for the most part) lack of government intervention, at least in normal trade. But I’ve also been hugely affected personally by the Global Recession since the day I graduated college and continuing even until the present day. This has given me very socialist sympathies. It’s also soured me (and so many others) on ‘capitalism’, yet this book argues, quite correctly, that what we think of as capitalism is more often perverse ‘crony capitalism’ that is ultimately unsustainable as it exploits parties to the business (including the environment) and poisons the environment that it operates in. It’s not what capitalism means at its core, and it’s not how it has to be.

In the 1970’s, economist Milton Friedman argued that a firm’s sole responsibility was basically to maximise profits for shareholders. This doctrine has since been taken as gospel by the corporate world at large and has been hugely damaging to the environment and the stability of poorer nations from which we get so many of our resources (see last month’s blog on Venezuela, though I don’t get very political in it).

Another book that I haven’t yet read, but intend to, is Confessions of an Economic Hitman by John Perkins. I heard him speak on a podcast and (as well as some other startling confirmations) he mentioned how, before Friedman, corporations were presumed to have a responsibility to their local communities. That responsibility was (apparently, though I haven’t looked it up) even mentioned in the original Declaration of Independence.

Wait, isn’t this a games blog? Get to the point!

Okay! So clearly EA and other AAA publishers, judging by their actions of the last few months and years, still subscribe to the Friedman school of business ethics, and they’re losing their supporters in droves. Even those that stick around and pay are hardly becoming ardent fans of the companies.

Then take a company like CD Projekt Red, creators of The Witcher series, who, to date, have seemed perfectly happy to offer outstanding value to their customers and who truly invest in the intangible ‘Goodwill’ line of the Balance Sheet (yes, it’s a thing on the balance sheet, but how do you really calculate it? (rhetorical question)).

Their core $60 experience in The Witcher 3 was over 70 hours of gameplay with no microtransactions. Then along came two expansion packs (pay once, play forever model) of 10-20 hours each! Not a microtransaction or loot crate in sight!

They clearly care about customer satisfaction to a degree that the other major games publishers can’t claim. This gives them so many intangible benefits, including customer loyalty, more predictable sales numbers, and free marketing via positive word of mouth.

Note: CD Projekt aren’t a perfect example because they’re known to have some internal problems with crunch time, and employee welfare is a core part of the Conscious Capitalism approach. Still, they’re still probably the best example.

AAA likes to argue that games cost more to create now, so they have to charge more somehow, but I don’t buy this at all – not as the only option. Undeniably, the games become less enjoyable when compromised by loot crates and microtransactions. The experience is soured, at least according to a huge subset of gamers. When disenfranchised gamers stop buying the games at all, they cease to be customers, and that’s a huge additional cost to doing business.

The best approach is to grow the market, not to exploit the current one to the maximum possible level.

Many would say that loot crates are the business model of the future so get used to them! I say ‘why’? As a gamer, I hate them, and know that many others do too. As an entrepreneur I know that there are countless alternatives and ways to innovate. The “games cost more” excuse only keeps getting used because some gamers have started to believe it.

Games have budgets. Conscious Capitalism argues that you budget for all stakeholders, including, very importantly, the final customers. If they don’t want loot crates, you can plan not to give them to them. Rule them out completely! After that, your budget adjusts. Now just don’t make a game that exceeds that budget and projected profit levels. It’s actually quite simple business. You can sell to more final consumers if more of them would be happy to buy your product.

Many, such as myself, just won’t touch a game with loot crates. But I bought Wolfenstein 2 and the XCOM 2 expansion happily. Firaxis have fostered so much intangible goodwill from me over the years that they’re the only company I’ll pre-order from. At this point I won’t even buy Battlefront 2 if it went 90% off.

Hey, I think this is my shortest blog ever! I’ve been trying to cut them down. I’d better get back on point, quick!…

My conclusion? Don’t support business practices you don’t like, and don’t presume that the example set by EA, Activision, Warner Brothers, and others, is the only way forward. Vote with your wallet as a consumer.

As a game developer, use your conscience and innovative spirit to think outside the box. Trust in goodwill as a long term pillar of your business strategy.

And yeah, consider buying the book ‘Conscious Capitalism’. I’ve no affiliation with it whatsoever, I just really enjoyed it. My apologies to the writers (yeah, like they’re reading this blog..) if I misrepresented any of its ideologies in my paraphrasing.

This mod ruins Doom by locking all its pickups inside loot boxes https://t.co/okeJBR4Zg9 pic.twitter.com/vMBP6Rop7f