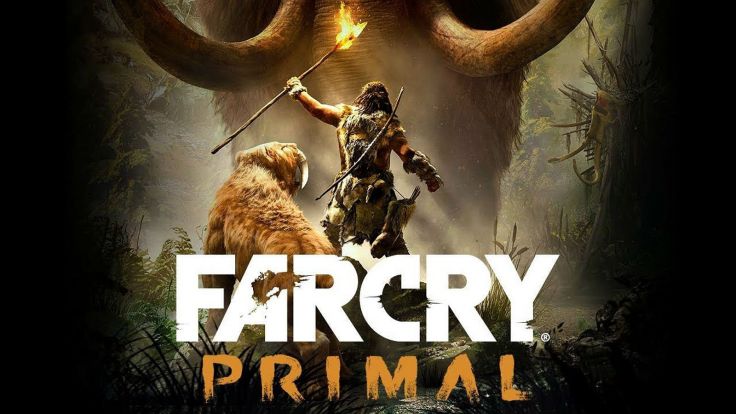 Far Cry Primal is coming out of nowhere and is really worth keeping an eye on! It was first revealed in October, less than two months ago, and it’s releasing on February 23rd (March for PC), just over two months hence (Achievement Unlocked: “Use ‘hence’ in the blog). The short time from reveal to release is bucking the trend of super-long hype periods, and it worked very well for Fallout 4 this year. At the time of Primal’s announcement I did a post on why I was optimistic, but also what I was concerned about. You can read it here.

Ubisoft unveiled their second trailer on Thursday night at The Game Awards, which was immediately followed by a slew of gameplay videos from various press outlets who had played it in the days prior. Presumably a press embargo was lifted at this stage.

The new trailer is shown at the top of this page and shows a lot more of the game in action, giving us a better feel for what to expect. The press videos on YouTube are worth watching as they’re mostly uninterrupted gameplay, which is a more honest representation. There are videos from outlets like Angry Joe, PC Gamer, and Game Trailers as well as the one below from the developers themselves (in case you want to see only what they want you to see).

Given that Far Cry 4 only came out a year ago, and that it’s not an annualised series (like Ubisoft’s favourite child Assassin’s Creed), people figured this would be more of an expansion along the lines of Far Cry 3: Blood Dragon, a single-player only short campaign which had the decency to release at a discounted price, to reflect the fact that it’s not a full game.

Developers at Ubisoft Montreal are insisting that this is “the next Far Cry game”, and are charging full price for it. I’ve a massive problem with this. You can hear from the gameplay videos I linked above that none of the other press really believe this about the game, and neither do I. Graphically, this game is the same as Far Cry 4. It uses the same UI elements (see the alert indicators and map icons?), same engine, and many of the same animal and human animations. Sure, there are new models (a brown bear is now a cave bear, a tiger is now a sabertooth tiger, an elephant is now a woolly mammoth, and the honey badger is.. well, still a honey badger) and a new map, but that’s exactly what Blood Dragon did, and it acknowledged that it was a short game and charged accordingly.

I feel they’re trying to pull the wool over our eyes with the pricing. It remains to be seen just how long the game is, so I’m not willing to guess what a fair price is, but charging the same as they did for Far Cry 4, for half a new game with no multiplayer is not the fair price. I want to play this game, and I want to support the new direction they’re attempting, but I firmly believe that every time you spend money you’re casting a vote for the type of world you want to live in, and I don’t want to live in a world where games companies charge us more and more for less and less. I’ll wait for a sale or something, but I’ve a big problem with their pricing.

No guns, but you don’t even need to play

I feared that they couldn’t really commit to using no guns in a game series that is built on gun action, but it seems they have. Bows and arrows and spears rightly take the place of pistols and rifles, and (from what I’ve seen so far) they’re not stupid rapid-fire versions of the weapons. They work quickly, but there’s still a pull back delay and the projectile seems to have to travel the distance to hit its target, rather than being as rapid as a bullet. This means that learning to hit moving targets at a distance might actually take some skill and be an actual challenge.

However, no fear of actually needing to play the game yourself, it seems. As with The Phantom Pain you can pretty much let your companions do all of the work for you. I’m sure there are certain enemy types and locations with lots of enemies where your sabertooth or cave bear might meet their end before they can clear the entire enemy presence for you, but from what the videos show, it looks like you can just find a wild animal, feed it meat, and hold a button to own it forever. It’s not even a more challenging quick-time event that might have leant tension to staring down a giant wild animal to tame it. You just hold the button. This is too dumbed down for my liking, especially when it appears that if your tamed animal does die you can just resurrect it with meat or some other resource (according to PC Gamer’s video and some of the animal UI we’ve seen, anyway).

There are over a dozen animals you can have play the game for you, but why would you pick anything less than the giant cave bear or sabertooth? It looks like a game design failure to me, to have the animals be so overpowered, but maybe there’s a progression system that means you can’t tame the bigger animals until further in the game, meaning you actually have to fear the wild ones early on and do some killing yourself. Hopefully.  The larger animals also take the place of vehicles in the game, allowing you to ride around on them The owl can what??

This won’t bother everyone, but it bothers me. You are a beast tamer, so you can control an owl. It takes the place of binoculars when scouting enemy positions. You can fly around from the owl’s perspective, though, see what it sees, and tag enemies. This is a bit silly, but okay, gameplay has to come first sometimes. But I hate when ‘the rule of fun’ goes so far as to shatter immersion and make you say “ah come off it, ref!”.. or something..whatever you say, yourself.

The owl can be upgraded to drop fire bombs and other items onto the enemy troops, or dive bomb and rip somebody’s throat out directly. Maybe if it was even one bomb, that would be okay, but it can somehow carry and drop multiple ones.

A parallel: The Phantom Pain kept taking me out of the (otherwise brilliantly tense and immersive) experience by jumping the shark repeatedly. Upgrading D-Dog to allow him to attach Fulton Balloons to enemies was too far, and this after the upgrade to let him carry a knife! Why would a wolf carry a knife in its mouth?! But I digest..

If there were more games like this, I wouldn’t be as excited for the game as I am. Far Cry is a series that I think has lots of problems. Even in hard mode the games are rarely challenging. Your character is just too strong to start with and only becomes more so. While stripping away your machine guns and grenade launchers was a bold move, letting animals do all the damage for you seems like even less fun, ultimately. But I’m partly assuming the worst there, as well. It could be very well balanced and there might be nuances to the systems that make varied approaches worth while (though ‘nuance’ isn’t a word I’d traditionally associate with the Far Cry series).

But we have to give credit where credit is due. This is a AAA publisher, the same one who’s deathly afraid to significantly innovate on Assassin’s Creed, trying something drastically different with one of their next-biggest franchises. While they’re doing a money grab by declaring that it’s a full game, this also means that they can’t shy away from it later by saying “oh, that was just a side-experiment; a joke, like Blood Dragon“, which again shows a very unexpected commitment to a new idea.

If you asked almost anyone what the Far Cry series was about they’d say something along the lines of guns, fire, explosions, vehicles, action, (more recently for the series) flying, power fantasy, and maybe ‘exploration’ further down this list. Ubisoft Montreal is saying that exploration is actually what the series is about at its core, and they want to take us to the original frontier for mankind, leaving behind helicopters, wingsuits, cars, rocket launchers, and the guns (while retaining crafting, the grappling hook, melee combat, skill upgrades, and grenade-like items).

I have to say I respect that, despite disagreeing with their pricing and some gameplay choices. I’m torn because I want to support new ideas, but not AAA greed. I may wait for a sale, buy it on a discount game codes site, or start a petition to drop the price… don’t laugh, somebody actually should. We should voice our concerns as consumers, not just pay-up-or-pirate.

I wrote two weeks ago about how first person shooter campaigns look to be dying off. Far Cry has been one of the few series holding back the tide, and here’s their newer game with no multiplayer at all. I want to support this game. I want it to succeed. It could see a reverse in that trend and encourage big developers to take risks with their first person franchises. Imagine Call of Duty set during the times of ancient Rome. Come on!!!! You can be sure Activision will be watching Primal very carefully.

Anyway, them’s my thoughts. Do be sure to check back on the site next week as I’ll have a very exciting post! An interview with legendary games composer Frank Klepacki of Command and Conquer fame!! Don’t miss it!

2 thoughts on “Far Cry Primal. Where to start?!”