STARFIGHTER INC. by Impeller Studios, is currently in the middle of its Kickstarter campaign, with over $150,000 raised of its $250,000 target with 13 days to go. It’s billed as the spiritual successor to Lucasarts’ X-Wing PC games from the 1990s. David Wessman, a designer on each of the 4 X-Wing games is lead designer of a quite meritorious team who want to bring back the flare of the series.

The nineties were a great time for Lucasarts and for Star Wars. See my previous blog on the May 4th Star Wars game sales. You’ll see that most of my top recommended games were from the last millennium. Rebellion, Dark Forces series, Rogue Squadron and the X-Wing series made me proud to be a sci-fi fan and a gamer. The Star Wars novels were expanding the universe in (sometimes) interesting new directions. Lucasarts were even doing well with their non-Star Wars games like Monkey Island, Grim Fandango and Full Throttle. Everyone was eagerly looking forward to the new prequels (Episode 1 didn’t come out until 1999 and until then it was generally a very positive time). So it’s safe to say that the nostalgia-factor is strong with this one, and Impeller Studios are banking on that nostalgia to make their Kickstarter campaign a success.

My first ever game with my first ever PC was X-Wing, which came on 5 floppy discs. I believe it was 1994, I was 7, and I played the shit out of it! One of my favourite ever games is still X-Wing Alliance, which was sadly the last entry in the series, all the way back in 1999. The fact that the series stopped there has always been a huge regret for me and other gamers. Admittedly it was a good high-note to end on, but still. I’ve always wanted another one, and nothing has satisfied. 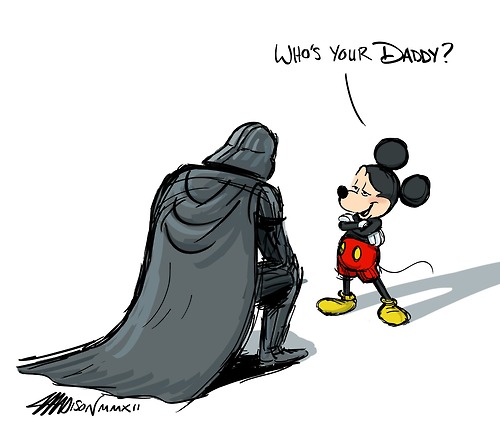 Things are definitely changing for Star Wars since Disney’s acquisition of the franchise in 2012, but I’m still not fully convinced that this will be good for Star Wars, or that it’ll produce the games we’ve all been craving. The entire Expanded Universe (books fiction) was the baby thrown out with the bathwater, the promising 1313 was cancelled, and so far we’ve seen 3 trailers for the new EA Battlefront game without 1 second of gameplay footage. I’m not passing judgement yet, just withholding it. I’ve been hurt before! At least the deal can’t turn out worse for Star Wars. Disney will either breathe new life into the horse, or just take over the flogging, but they can’t kill it again (1313 excluded).

What would sell me, personally, is if the movies are good and we get a new X-Wing (or Empire at War or Republic Commando) game. The free-to-play multiplayer-only Attack Squadrons was (thankfully) cancelled in Beta stage with the developers saying it was “so we can focus on other game experiences” (article here). There was hope that the other experiences mentioned might be an X-wing game, but one year later, and with Wessman working on Starfighter Inc. the chances of that are looking slimmer.

With Star Citizen’s success spurring on a rebirth for the space-sim genre, maybe we will still see an official Star Wars space game again, but for now it looks like X-Wing fans shouldn’t hold their breath. So, should they pin their hopes on Starfighter Inc?

My problem is that while the later X-Wing games DID have multiplayer, the games were single player story experiences, with dramatic and varied missions through which you lived out your space hero fantasies. You didn’t get killed by better players every 30 seconds and respawn. That shatters the hero fantasy. X-Wing vs. Tie Fighter was the exception in the story-driven franchise but even its expansion pack had story content. Starfighter Inc. is just planned as a multiplayer game. I hate that! To me, that’ll be fun for a couple of hours, but be nowhere near the X-Wing experience that I’ve been craving, and I imagine many fans will agree with me. Impeller are banking on the good will and nostalgia of X-Wing fans to give this project its legs, but for me, one of the world’s largest X-Wing fans, they’re not successfully speaking to that nostalgia. They’re making just another space deathmatch game. I care little that Wessman is working on it if he’s not delivering the kind of game I know him for. I love Far Cry (kinda) and Crysis (1, only) but the fact that Jack Mamais is on the team doesn’t matter much to me either because this game isn’t a First Person Shooter!

I want the game that X-Wing should be 16 years on from X-Wing Alliance. That game had over 50 single player missions, ships with gun positions (like the Millennium Falcon), hyperspace trips in-mission, re-arming on capital ships in-mission, and boarding enemy ships. Kinda. You docked and then sat in the turret for x amount of time while you heard your commandos board the station and do the interesting stuff over the radio.

Starfighter Inc. has… well, all that, but except the missions. Its main selling points are the things X-Wing Alliance had 16 years ago, but without an interesting narrative context to put them in. Multiplayer matches and levelling up your ship can be great, but they’re a very different type of game. Wessman describes the game as “World of Tanks meets Counter-Strike in space”. Both of those games are multiplayer team games where you level up your stats, but they’re clearly trying to appeal to the nostalgia of X-Wing fans to carry them through, with Wessman also saying “this game is the next X-Wing”.

Now, there is a single-player campaign stretch-goal to mention, but it’s the $10,500,000 goal. Right now it’s looking questionable whether they’ll reach their first goal of $250,000 so I doubt very much that this game will be “the next X-Wing”. It’s also using Newtonian physics. Popular nowadays, for sure, and more realistic, but X-Wing didn’t have this. In those games you flew like you were in an atmosphere and would get into turning battles with other craft. That was how the game felt to play. Newtonian physics completely changes the tactics of a dogfighting game in space because you can always turn to face your enemy, even if it means you’re suddenly flying relatively backwards. So it’s questionable if even the dogfighting part in the multiplayer will feel reminiscent of X-Wing at all.

To my eyes, this game is promising to deliver basically what the Arena Commander part of Star Citizen is already delivering, only much later. From their video, Starfighter Inc. looks to be extremely early in development. What I want from a spiritual X-Wing successor is a solid, dramatic, narrative-driven single player (or co-op) campaign game with big ships, little ships, and incredible set pieces. The first episode of Squadron 42 (Star Citizen’s single-player side) is supposedly going to be out late this year and will supposedly have about 20 hours of gameplay. I expect delays, but still, it’s much more likely to deliver the spiritual successor to X-Wing (well, Wing Commander if we’re going to get technical there) that I’ve wanted for 16 years than Starfighter Inc. is.

So, sorry Impeller Studios. I want to want this game. I really want it to be X-Wing’s spiritual successor. I also fully understand the decision to model your game on the hyper-successful World of Tanks and Counter-Strike, but I don’t think I want this. I’ll support for a small amount. I’d love to see you eventually put out single-player content, but I don’t feel that this game is X-Wing’s spiritual successor. I wish you luck with it. I’ll be sure to play it if it does succeed, and I hope it does. I think it’ll be fun and more quality space shooters are a good thing in a world that’s been starved of them, but without a single player campaign as the primary focus, I think you’re missing the mark with what X-Wing fans wanted. For me, at least, you are.

2 thoughts on “X-Wing’s spiritual successor is on Kickstarter?”